Our Team in Kuwait 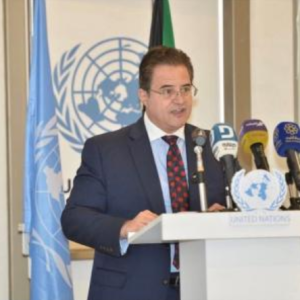 United Nations Resident Coordinator and Designated Official
tarek.el-sheik@un.org
twitter
instagram
Dr Tarek El-Sheikh has more than 26 years of experience. Previously, he notably served as UNDP Resident Representative in the State of Kuwait (2018-2019); Director of the Future Saudi Cities Programme (2014-2017); Acting Regional Director for the Arab States at UN-Habitat (2013-2014); Director of the Sub-Regional Office for the Gulf States of UN-Habitat in Kuwait (2009-2013).
Dr El-Sheikh gained his PhD in planning in 2004 from Cairo University after research studies in the University of Karlsruhe, Germany, a Master’s degree in development administration and Planning with Commendation from the University of Bristol in 1996 and a Master’s degree in architecture engineering from Cairo University in 1994.
Read more 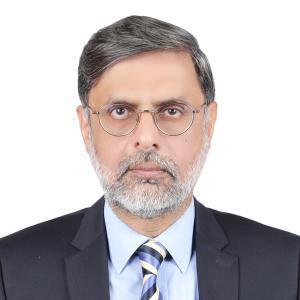 WHO
WHO Representative
Dr Assad Hafeez was appointed WHO Representative in the State of Kuwait in March 2021. He previously served as Director-General of Health in the Federal Ministry of Health, Pakistan in addition to several senior policy and leadership positions in the government. He has been Professor & Vice-Chancellor of National Public Health University and held a Professorship in Global Health Department at the University of Manitoba Canada. Dr Hafeez remained Chair, Vice-Chair and member of the Executive Board of WHO for a number of years. He was also a member of many EMRO regional committees. He has also worked in various capacities with UNICEF, UNFPA, ADB and USAID.
Dr Hafeez has been trained in medicine and public health in Pakistan, UK and the US with a Masters degree in Epidemiology and a PhD from the UK.
Read more 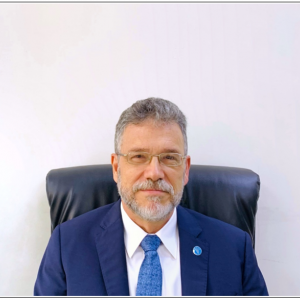 FAO
Sub-Regional Coordinator and FAO Representative in the UAE
Dino.Francescutti@fao.org
Dr Dino Francescutti Motis is the FAO Sub-regional Coordinator for the GCC States and Yemen and also the FAO Representative in the UAE since 2019.
Mr Francescutti joined the FAO in 1991 as Food Security Officer. From 1995 to 2019, he worked as an Economist and Senior Economist at the FAO Investment Centre in Rome (Italy) and Santiago (Chile). He was often Officer-in-Charge for the Investment Centre Service, covering Latin America and the Caribbean, Europe, North Africa and the Middle East.
Mr Francescutti is Mexican and Italian. He holds a PhD in Economics and an M.Sc. in Agricultural Economics from the USA and a B.Sc. in Animal Husbandry from Mexico.
Read more 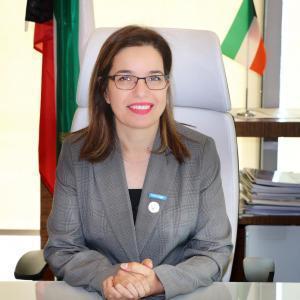 UN-Habitat
Head of GCC Office
ameera.al-hassan@un.org
Dr Ameera Alhassan is the Head of the UN-Habitat GCC Office since 2019. She joined UN-Habitat in 2010 and served for five years as Assistant Head of Office (2014-2019).
She holds a Masters degree from the University of Kent at Canterbury (UK) and a PhD in environmental architecture education from the University of Newcastle upon Tyne (UK) 2010.
Ameera is a member of the UN Sand and Dust Storms Coalition, UNCT in the GCC countries and she currently works with UN-Habitat GCC and ROAS on preparing and implementing plans that translate the New Urban Agenda and Agenda 2030 into projects aligned with GCC and Arab region countries strategies.
Read more 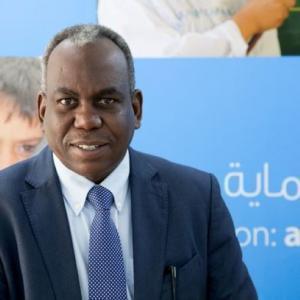 UNICEF
Regional Representative for the Gulf States
eadam@unicef.org
As UNICEF Regional Representative for the Gulf States since April 2018, Mr Adam is responsible for managing and supervising UNICEF’s work, providing leadership and vision to the UNICEF country programme teams in planning and implementing local programmes and in managing and leveraging resources for the achievement of results and fulfilment of the rights of children. He was previously UNICEF Chief Field Office for several operations in Mogadishu and Garowe, Somalia; in Qamishly, Syria; and in Sanaa, Yemen (2012-2018). Before joining UNICEF, Mr Adam has worked with UNDP in Abu Dhabi and Khartoum, and with Oxfam in Djakarta and Sana'a.
Read more 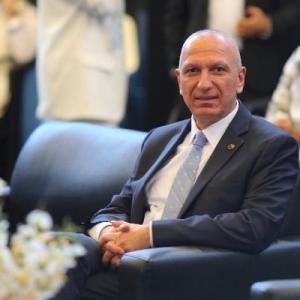 World Bank
Country Director
galkhoja@worldbank.org
twitter
instagram
Mr Alkhoja, a US National, has been working with the World Bank since 1993. He has worked extensively on social protection and jobs programs in Jordan, Lebanon, United Arab Emirates, Saudi Arabia, Kuwait, Bahrain and Oman, as well as Education, Higher Education, and health programs in several countries, including Jordan, Lebanon, Syria, Kuwait, Egypt, and Iraq.
Mr Alkhoja holds an MSc in Information Management (with minor in Economics) from the George Washington University in Washington, DC.
Read more 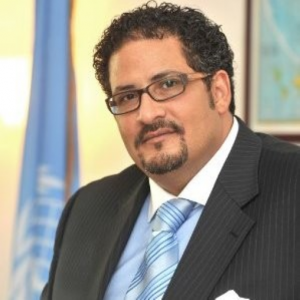 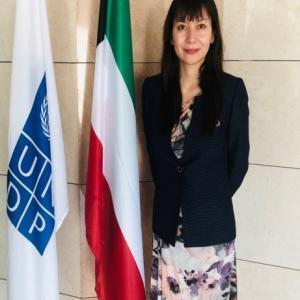 UNDP
Resident Representative
hideko.hadzialic@undp.org
Hideko joined the UN in 2001, and since then worked in four regions (Asia and the Pacific; Western Ballans; Middle East and Africa) as well as two postings at the UNDP Headquarters in New York first with the Bureau for Development Policy as the UNDG Policy Network Manager for Millennium Development Goals (2007- 2010), and then Management Advisor for the Office of UN Assistant Secretary General/Bureau of Management (2014 – 2017). Prior to the current position, she was posted in UNDP Sudan as the Deputy Country Director (Programme), overseeing the programme of almost $70M annual delivery per year and fostered close collaboration with the UN Peacekeeping Mission in Darfur. She holds a Master degree in public administration from Harvard University Kennedy School of Government.
Read more 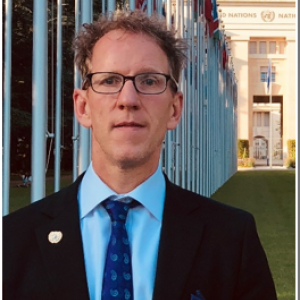 UNV
Regional Manager, Arab States
jason.pronyk@undp.org
Mr. Pronyk has been working with the United Nations in various capacities, across continents, including with two UN Deputy Special Representatives of the Secretary General. He took up his role as the Regional Manager for the newly established UNV Regional Office for the Arab states in Amman in February 2018. Prior to that, he had served as Development Coordinator at the UNDP Sub-Regional Response Facility (SRF) to the Syrian crisis based in Amman (2013-2017). Jason completed his MPhil at the University of Oxford and is an alumnus of the Kennedy School of Government, Harvard University, completing a Global Change Agent Executive Education.
Read more 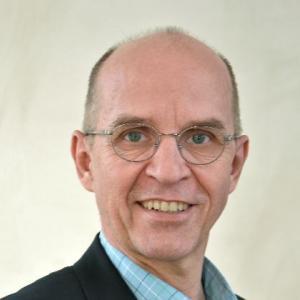 UNFPA
Representative for the GCC countries
Kulessa@unfpa.org
A citizen of Germany, Mr. Karl Kulessa is the UNFPA Representative for the GCC countries, based in Muscat, Oman since October 2020. A German national, Karl Kulessa has worked with UNFPA since 1992. After a two-year posting as Junior Professional Officer in New York, he moved to the “field” covering countries in Africa, Asia. From 2004 onward he was country representative in various countries in Eastern Europe and Central Asia (EECA). In his last posting before Oman, he worked as Representative in Turkey and Country Director for Azerbaijan, and Georgia. His portfolio in Turkey also included the humanitarian response covering Syrian refugees and cross-border. Mr. Kulessa holds a master’s degree in History (American foreign policy and diplomatic history) from the University of Ottawa.
Read more 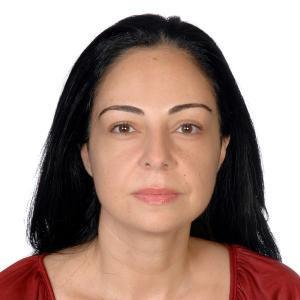 UNIC
Director
elheloum@un.org
Marguerite El Helou has more than 20 years of experience in public information, communications and international relations, acquired at the United Nations and in the private sector. She has been leading the UN Information Centre in her capacity as Director since August 2018. She has led complex communications campaigns while also developing and implementing strategies for communicating key United Nations messages in the region. A national of Lebanon, she holds a bachelor’s degree in agriculture engineering from the American University of Beirut. She is fluent in Arabic, English and French.
Read more 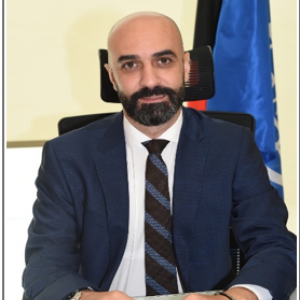 IOM
Chief of Mission
maboulhosn@iom.int
twitter
Mr Mazen AboulHosn, a Lebanese national, has been appointed Chief of Mission for IOM Kuwait as of September 2020. He has been working with IOM for more than 14 years, including in Lebanon, Haiti, Chad, Congo and recently in Turkey . His portfolio includes humanitarian response and migration governance.
Mazen obtained a BA in Psychology and Master’s degree in Psychosocial Support in war torn societies from the Lebanese University. He is also a holder of BA on Tourism and Travel Management and a Master’s degree in Cultural Management from the University of Perpignan in France. 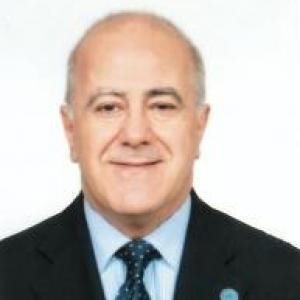 UN ESCWA
Deputy Executive Secretary
mounir.tabet@un.org
Mounir Tabet who is a national of Canada took up his official functions as deputy executive secretary of the United Nations Economic and Social Commission for Western Asia (ESCWA) in September 2018. Mr. Tabet was the UNDP country director for Iraq from 2016 to 2018 and oversaw the program on stabilization and transition. Prior to joining UNDP Mr. Tabet worked with the North-South Institute and the International Development Research Centre in Ottawa, and the University of Ottawa.
Mr. Tabet is an Edward S. Mason Fellow, Kennedy School of Government, Harvard University where he obtained a Master's degree in public administration. He also holds a Master's degree in economics from the University of Ottawa.
Read more 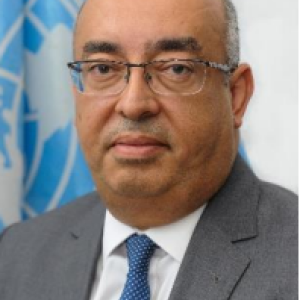 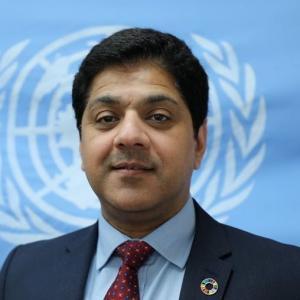 UNOPS
Director, UNOPS Operational Hub in Amman
UsmanA@unops.org
Mr Akram has over 20 years of experience in the UN system, governmental and non-governmental sectors in humanitarian and development affairs. Before joining UNOPS in 2015 as the Regional Advisor on the United Nations Development Assistance Frameworks for Asia, the Middle East and Europe, Mr Akram worked in the United Nations Development Operations Coordination Office in New York. Before that, he was the acting Head of the Resident Coordinator Office for Iraq while officiating the function of the Monitoring and Evaluation Advisor for Iraq. Before that, he worked as Regional Monitoring and Evaluation Advisor for United Nations Development Programme serving the Arab States Region and the Europe and Commonwealth of Independent States.
Read more 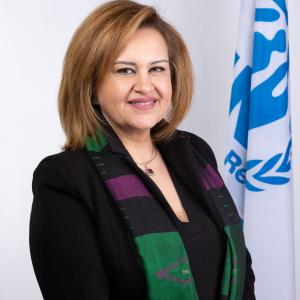 Ms. Rubaian served with UNHCR for over 20 years. Prior to her current appointment, Ms. Rubaian was UNHCR’s Representative to Romania. She also served in a number of different posts and positions in Jordan, Nauru, Pakistan, Sierra Leone, UAE, and Libya.

Ms. Nisreen holds a Bachelor’s Degree in Law and English Studies from Jordan University - Jordan. She attained her Masters in Human Rights, International Law from University of Bristol – United Kingdom. 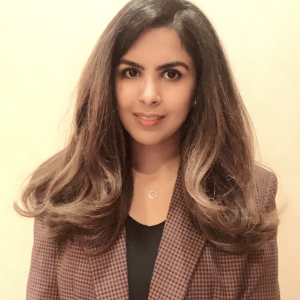 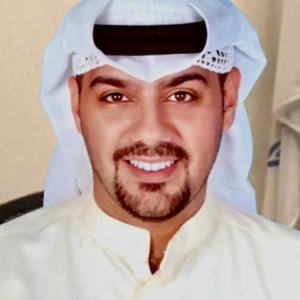 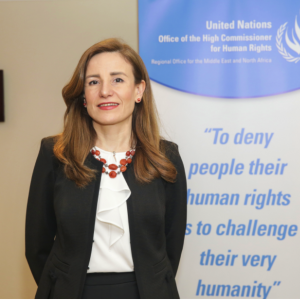 OHCHR
Director and Regional Representative
relhage@ohchr.org
With over 20 years of experience in human rights, Ms El Hage has extensive knowledge of international law and political affairs with the United Nations, in particular in conflict context in MENA, Asia and Africa regions.
Prior to this appointment, Ms El Hage notably served as Coordinator of the Secretariat of the Group of Eminent Experts on Yemen; Deputy Director of the Human Rights Component (UNAMI) in Iraq and Chief of the UNAMI Human Rights Regional Office in Northern Iraq, Acting Chief of MENA Section at OHCHR in Geneva.
Read more 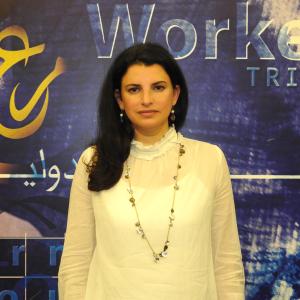 ILO
Assistant Director-General and Regional Director for Arab States
Dr Ruba Jaradat was appointed in this role in November 2015. Previously, she had managed a USAID economic growth portfolio exceeding US$ 300 million, leading a team of more than 250 multinational staff. Prior to joining the ILO, Dr Jaradat established the Jordan Strategy Forum, the most influential private sector-funded think tank in Jordan.
Dr Jaradat holds a PhD in Management and International Development from the UK. 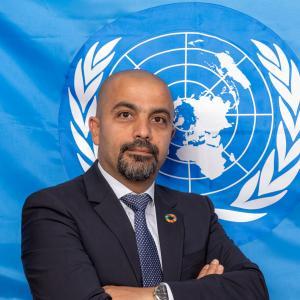 UNEP
Director and Regional Representative for West Asia
sami.dimassi@un.org
With over 20 years of experience in management, Mr. Dimassi has extensive experience in multi-lateral and international relations, corporate and policy reform, intergovernmental affairs, strategy design and private sector engagement. Mr. Sami Dimassi joined the UNEP Regional Office for West Asia as Director and Regional Representative in 2017. He held several senior positions in the UN System, such as Senior ICT Advisor, Head of the Innovation Branch, Deputy Director of the Science division, Director of Private Sector Engagement, and Acting Director of Corporate Services all within UNEP. A Lebanese-Canadian national, he holds a bachelor’s degree in Information Technology from Ottawa University and a master’s in Management from Waterloo University in Canada.
Read more 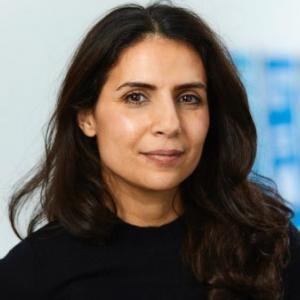 UN Women
Regional Director for the Arab States
Susanne.mikhail@unwomen.org
Ms Susanne Mikhail brings over 20 years of experience in development and humanitarian work in the Middle East, Asia and Africa, including with the UN. She notably served as the Director, Humanitarian Affairs, Department of Middle East, Asia and Humanitarian Affairs at SIDA; Head of Office and Resident Programme Coordinator with UNICEF in South Sudan; Regional Advisor for MENA at ‘End Child Prostitution and Trafficking International’ (ECPAT).
A national of Sweden and Egypt, Susanne holds a master of arts degree in political science from the Uppsala University of Sweden.
Read more